A weekly feature on the CIF-SS

A “CLASSIC” EXAMPLE
By Martin Henderson
It was bad from the moment the baseball clanged off the bat and Gunnar Sandberg hit the ground. The junior pitcher for Kentfield Marin Catholic had a fractured skull, and had just become the poster boy for using wood bats.

It’s a movement that picked up steam in the North Coast Section, where Marin Catholic plays and where Sandberg has friends, neighbors and teammates.

But there is an expense that comes with the conversion to wood. New bats cost $40 to $100 and can break or dent, whereas metal bats – aluminum, primarily – may cost $250 to $400 but are virtually indestructible. Over the long haul, metal bats make more sense.

Except when kids get knocked senseless.

Sandberg lay in a medically induced coma for the better part of March and his victories don’t come in the Win column, but by recognizing faces.

That melodrama made its way to Southern California over spring break when Marin Catholic played in the 21st Diamond Sports National Classic hosted by El Dorado and Esperanza high schools.

And for the first time, the National Classic used wood.

It was “an extraordinarily unique situation” said tournament director Steve Gullotti, who coached baseball for 28 seasons at El Dorado before stepping down to focus on being the school’s athletic director. It demanded his attention. Marin Catholic, in the aftermath of the Sandberg injury, vowed to go on through 2010 using wood bats. Its league adopted an all-wood stance as well, and an assemblyman from Marin County promised to take the fight to Sacramento that would place a three-year moratorium on metal bats statewide.

Gullotti talked to Rick Martin ,the athletic director at Marin Catholic, and learned that Major League Baseball had donated bats to the NorCal teams, that people were “coming out of the woodwork,” so to speak, to support their cause.

Gullotti asked for feedback from the 16 teams in the tournament and heard back from 13 within three days: All positive.

Instead of having Marin Catholic and its opponent play with wood bats in the tournament, the whole tournament did when it was determined that each team could get 12-15 bats donated by Marin Catholic or Diamond Sports.

It created as much buzz as there has been about the tournament, and early post-tournament feedback was also positive. There is even consideration of going all-wood in the future. “It forced teams to bunt more, hit-and-run more, manufacture runs rather than sit back and wait for the aluminum bat to do its damage,” Gullotti said. And pitchers weren’t nearly so cautious about pitching on the inside part of the plate and throwing strikes in general.

In other words, it was real baseball. Crespi, on the strength of two sacrifice flies, won the championship, 2-1, in nine innings over El Dorado.

Yet this terrific tournament – there were 15 one-run games out of 32 – might never have happened had Gullotti and the other teams – most of them from the Southern Section – agreed to consider the emotional needs of Marin Catholic and its hurting program.

“Under the circumstances, it was the right thing to do, and it didn’t put anybody at a disadvantage,” Gullotti said. “Everyone was in the same boat. If anybody had an advantage, maybe it was Marin Catholic because they had been using the bats longer. People can say what they want, but good hitters are going to hit. Garvey was a perfect example”

Ryan Garvey of Palm Desert, son of former Dodger and Padre first baseman Steve Garvey, hit a home run and a double and batted .333 in 12 at-bats. Yet throughout the tournament, the sixth, seventh, eighth and ninth batters struggled, Gullotti said. Balls hit off the handle were pop-ups, balls hit off the end of the bat were ground ball outs. Games were played quickly and the tournament stayed on schedule.

A lot of guys’ personal statistics took a hit rather than getting them.

There were eight games among the 32, including four on the final day when most pitching had been exhausted, in which the two teams combined for 10 runs or more. A year earlier, 27 of 31 games produced at least 10 runs.

“One thing it rewards is the kids who get the sweet spot on the ball and it doesn’t reward anyone who hits off the end of the bat or gets jammed, Gullotti said. “That’s the way it should be. The sweet spot should be the sweet spot.”

And showing empathy for another school locked in an emotional struggle, as the other teams did for Marin Catholic, is also the way it should be.

And the way it was.

Each winning coach will receive $1,000 for their school’s athletic department from the Chargers Impact Fund! 🙌🤑

🚨Voting closes WEDNESDAY at 8:00am🚨 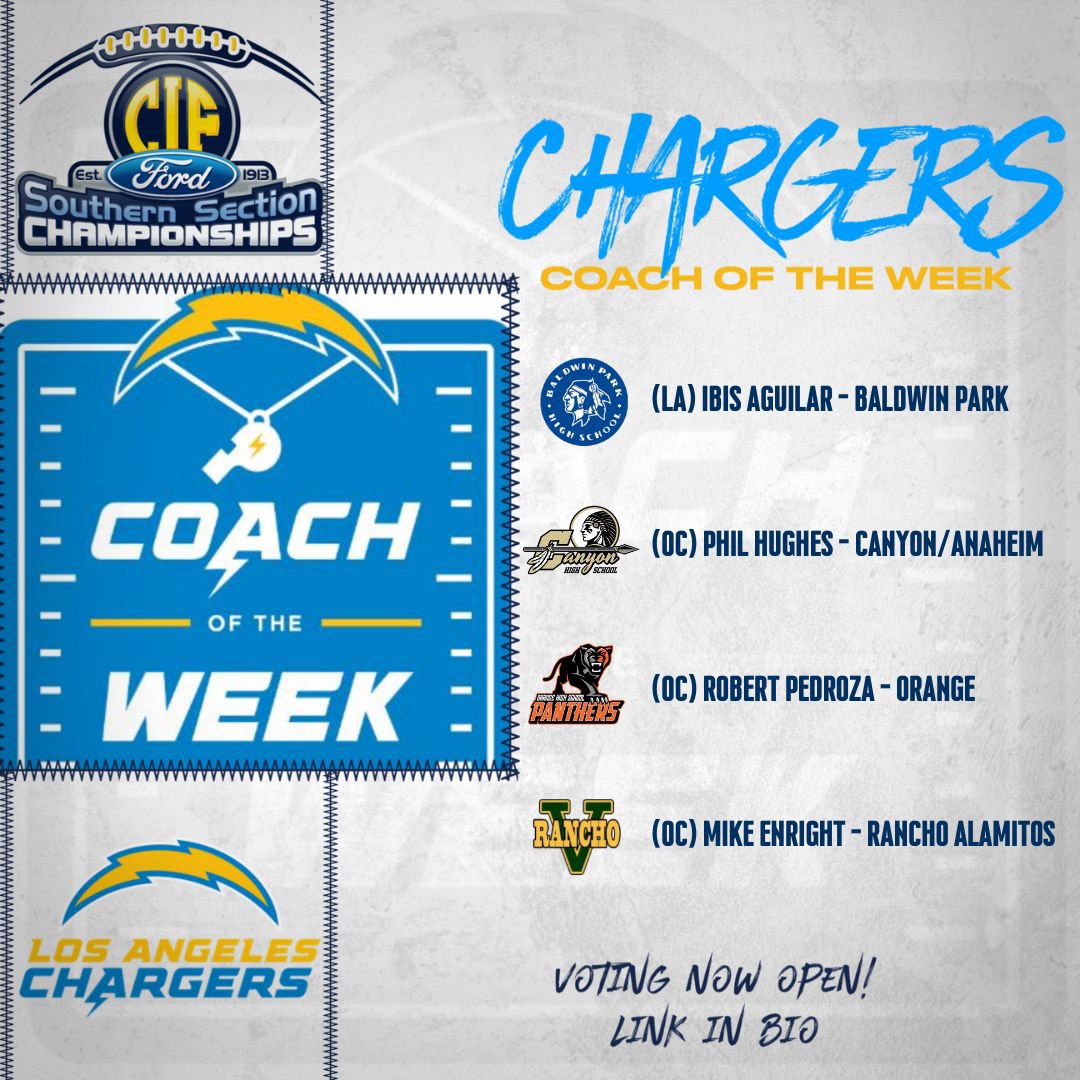