On March 18, 2010 Santa Margarita Catholic High School (here on referred to as SMCHS) Athletic Director, Rich Schaaf,  called the CIF Southern Section (here on referred to as CIF-SS) office to inquire about an event to highlight their new athletic center that was to be hosted by SMCHS President, Mr. Paul Carey and new football coach, Mr. Harry Welch. At that time Mr. Schaaf spoke with CIF-SS Assistant Commissioner Mr. Scott Raftery. During that call the information provided about the type of event to be held was determined by Mr. Raftery to possibly be in conflict with CIF-SS Bluebook rule 510/UNDUE INFLUENCE. The athletic director was told SMCHS’ options on how to bring the event into compliance.

On March 31, 2010 SMCHS held their event. On April 1, 2010 CIF-SS Assistant Commissioner Rob Wigod received a phone call from an attendee of the SMCHS event. The attendee was concerned about a potential rule violation. Mr. Wigod requested that the attendee supply the CIF-SS with any additional information which would assist with the investigation.

Following that conversation and in conjunction with previous information provided to the CIF-SS it was determined a violation of Rule 510 had occurred. On April 14, 2010 CIF-SS Commissioner of Athletics, Dr. Jim Staunton, mailed to Mr. Dunne his “Statement of Findings”. In it he outlined a penalty that would be acceptable to the CIF-SS.

On April 16, 2010 Mr. Dunne responded to Dr. Staunton’s statement of findings and agreed to its contents. At that time, Mr. Dunne suggested an alternate penalty from the one suggested by the CIF-SS.

On April 20, 2010, Dr. Staunton contacted Mr. Dunne to inform him that the alternate penalty did not provide satisfactory punishment in light of the violation that occurred. At that time Mr. Dunne provided an additional penalty to his original proposal. Dr. Staunton, in consultation with the administrative body of the CIF-SS Executive Committee, accepted Mr. Dunne’s proposed penalties and informed SMCHS of that agreement.

At that time the CIF-SS considered the matter closed and due to the nature of the punishment SMCHS self imposed, refused further comment.

CIF-SS AND SMCHS STIPULATE THE FOLLOWING

At no time from the March 18, 2010 phone call from SMCHS to the event held on March 31, 2010 was SMCHS provided by the CIF-SS office or any of its staff members, inconsistent direction or tacit approval to hold the event as it was described to them.

Congratulations Michael, we'll see you at the luncheon later this year! 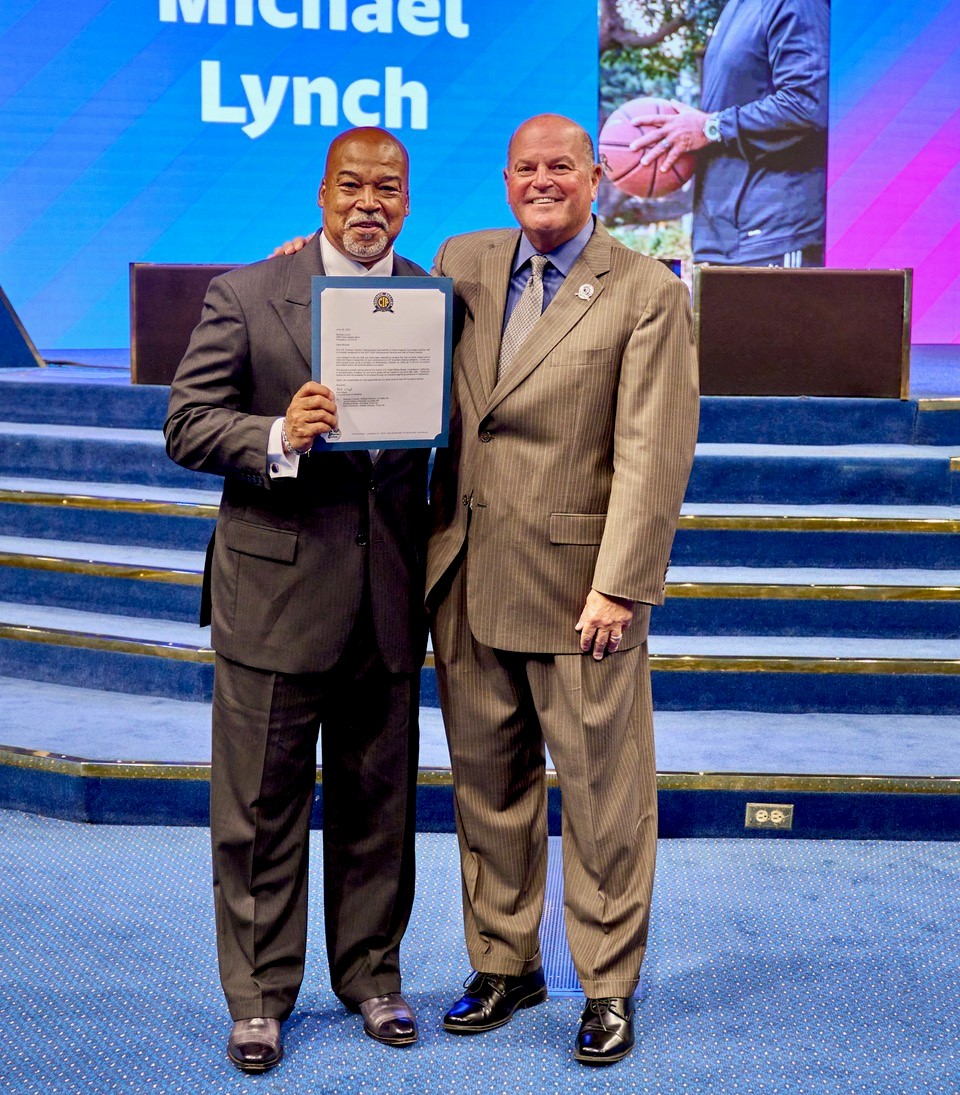